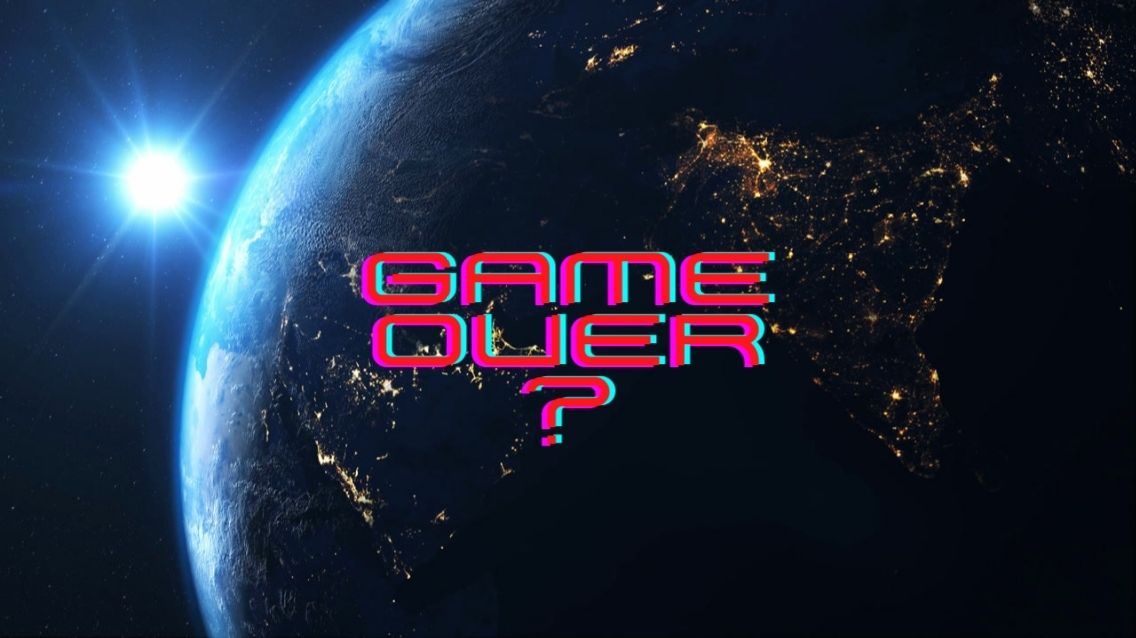 While we have been completely focussed on the Covid-19 pandemic, some other startling issues have arisen that threaten our existence and have almost slipped through our fingers.
The documentary "Kiss The Ground" uncovers the inconvenient reality that life on the planet is dying. Mostly as a result of human activity. The program focusses on the farming practices on the majority of farms. The currently accepted method of producing food on a large scale is rapidly altering the face of our planet and speeding up desertification and global warming.

It all starts with tilling of the earth

Tilling harms the natural microorganisms in the soil disturbing the good bacteria and releasing the carbon that was fixed in the soil into the atmosphere. The bare earth is leached away from the farmlands through wind and rain, leaving dirt without any substantial "goodness" left. This perpetuates the need for pesticides and fertilisers.

The documentary makes an interesting connection to the holocaust poison gas that was used in the concentration camps and on the battlefield. The same man that was behind the conception of the poison went on to develop pesticides for sale to the American farmers.
The tilled and exposed soil has now lost most of what a healthy plant needs to grow. Like any species, an unhealthy state leads to being more susceptible to disease and a poor result, in this case, the harvest.
In the effort to keep profiting the farmers began to use more fertiliser and more pesticides. Each year, ever-increasing amounts need to be used to produce the same output. Given this declining cycle, it is estimated that we have 60 harvests left.
With what is being done to the land it is not surprising that in-between harvests nothing grows on the farmland.

The practice of mass cattle farming, where large amounts of animals are kept contained in small areas, deforestation and the relentless tilling and poisoning of the land are turning the once fertile lands into a desert. This desertification causes the land temperature to rise and leaches carbon dioxide into the atmosphere.

Civilisations and species have already been lost

Once the desertification begins the temperature rises and the precipitation cycle is disrupted. A fertile plant-covered land contributes to 40% of the area's rainfall. Without plant cover, the land dries up, releases carbon dioxide which increases the local temperature and the remaining species suffer and start to decline in numbers.

Can we turn back the clock before the end of 2020?

As dire as it all sounds the solution is fast and effective. Mother nature has the answer and it lies in going green and drawing down the carbon from the atmosphere...
Growing green, using no-till drills, planting your own greens and not using pesticides or poisons and weed killers. This will allow the ground to remain covered with plants and this ground cover will begin fixing carbon into the soil that is currently in excess in our atmosphere. The precipitation cycle will begin again bringing more water to the plants and cooling down the land. With the cooler climate, not disturbing the soil, the soil will grow healthy fostering the micro-organisms that drawdown more carbon and fix it into the soil.

Apathy will lead to our destruction so we need to make changes at home. Without our support, large corporations will have to stop the practices of deforestation, mass animal farming, producing GMO's, large scale grain farming to feed the mass animal farms.

So what can you do to help save the planet?

Source locally farmed produce and meat. There is a movement that is growing where small scale local farms are farming with the environment and not against it. Using greywater and harvested rainwater in their irrigation systems. Allowing the land to recover and promoting multi-species diversity. Animals are raised free-range and carefully rotated so as not to damage the land.
If you don't have local eco-friendly farms supplying your meat, eggs and veggies, then you can begin by growing your own greens and cutting down on imports and stop supporting any intensively farmed produce or manufactured goods.
Prepare your own meals from whole foods, not processed goods.
Install a greywater system and rainwater harvesting to irrigate your land, keeping it green. Plant for diversity and reap a rewarding harvest.